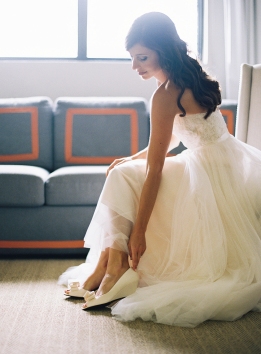 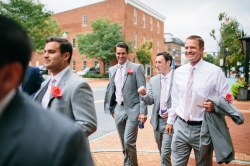 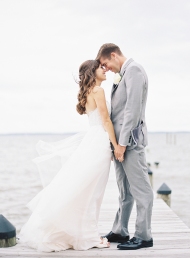 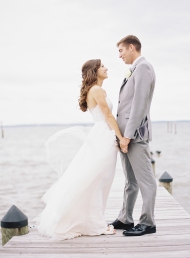 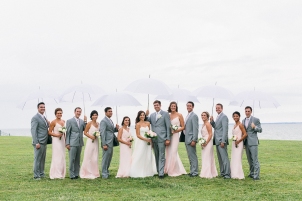 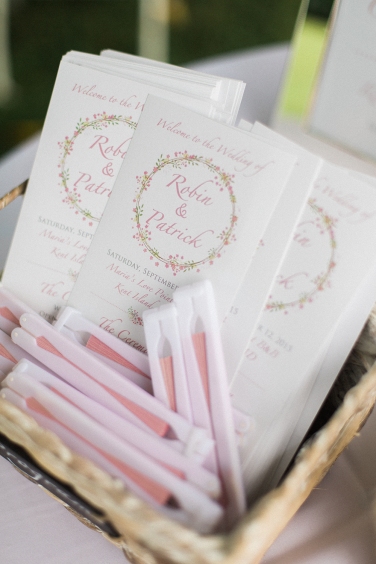 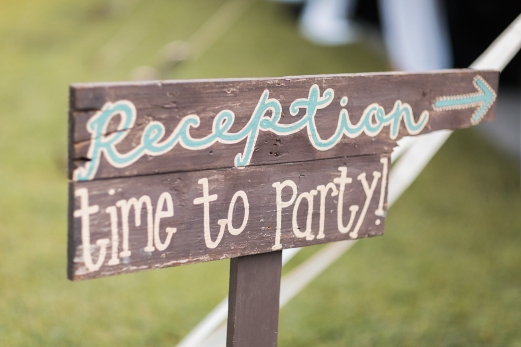 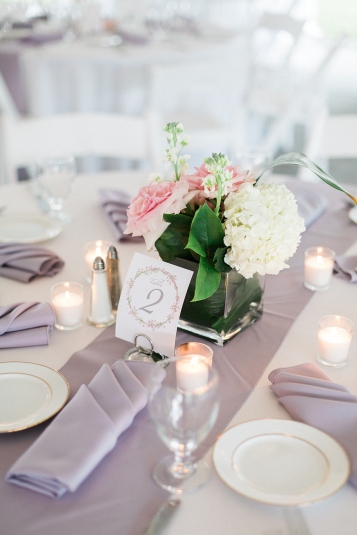 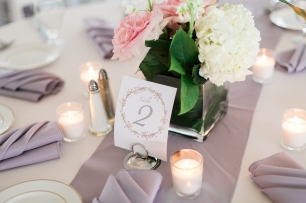 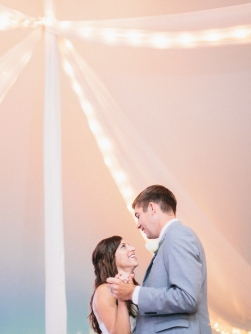 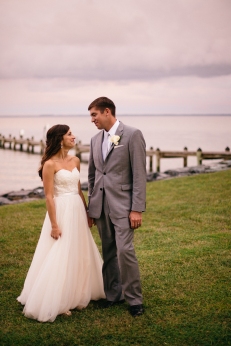 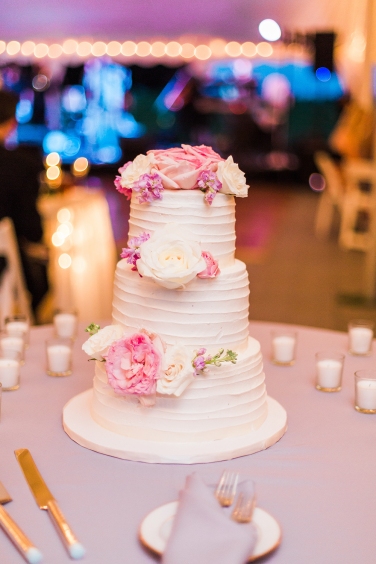 It’s always a sweet story when two best friends fall in love. But what happens when you fall in love with your best friend’s brother like bride, Robin, did? Happily ever after.

Not Quite High School Sweethearts

Robin and Patrick’s love story began in high school. Well, sort of. Though they both went to the same school, nothing ever happened between the two of them since he was two years older and also just so happened to be the older brother of Robin’s best friend, Mary Beth.

“There may have been an innocent crush back then, but sparks didn’t fly until eight years later when I returned from D.C. from being in California,” says Robin.

“Apparently I made an impression on Patrick, and he asked Mary Beth for permission to ask me out,” says Robin. “The rest is history…”

How Did He Propose?

It was the Friday before Christmas and Patrick and Robin had planned to go out to dinner and exchange gifts. They had each gotten an idea of what the other was gifting because they had both wrapped and placed their gifts under the tree earlier in the week. That’s when Robin started to get a little suspicious…

One of the gifts Patrick had wrapped for her was a perfect little square box. Naturally, Robin tried to figure out whether or not it was what she thought it was, and by Friday night was giddy with excitement when it was time to open her present. She saved the box for last and when she finally opened it, she was very surprised to find a Mickey and Minnie Mouse ornament from Patrick’s recent trip to Orlando. Not quite what she was expecting…

The real surprise came later though when they pair arrived home from dinner and Patrick remembered that he had a Christmas card that he had “forgotten” to give her earlier. The sweet note inside was post marked, saying, “P.S. I thought you should also get something in your stocking , so check inside…” By the time Robin had pulled the ring box she had been hoping for out of her stocking, Patrick was already waiting on one knee. “It was the perfect surprise,” says Robin.

It was a misty day at Maria’s Love Point Bed & Breakfast when it was finally time for Robin and Patrick to tie the knot. Despite the haze, though, their “outdoor chic” wedding went off without a hitch. In fact, Robin was all smiles all day because she knew that she was marrying her favorite person—adorable right?

The Bridal Look and the First Look

Robin’s gown had a beautiful lace bodice with a flowy, romantic tulle skirt. Her hair, done by the Updo Specialist, was half up half down with loose curls cascading around her to add to her romantic look. Her makeup, by Blush Makeup Artistry, was natural and stunning, and her minimal jewelry kept her at the focus of the look.

Once she was in her bridal best, Robin’s favorite moment of the entire day arrived.

It was when she and Patrick got their “first look” at each other.

“It had just stopped raining and we did it as the end of the dock,” she says. “The wind was blowing and it was such a dramatic and beautiful moment.”

And beautiful it was. The gray-white of the sky perfectly complemented Patrick’s light gray suit and the wind gently blew Robin’s gown, adding a romantic and airy effect as she walked to meet her soon-to-be groom. “Once we were able to see each other for the first time that day, I was put at such ease and the rest of the day was so much fun,” she says.

The theme of the wedding was “outdoor chic.” Both the ceremony and the reception took place outside under tents so that guests could still enjoy the beautiful waterfront view at Maria’s Love Point. The tents gave off a romantic glow from the strings of lights that hung overhead, while the wooden painted signs throughout the space reinforced the “outdoor” theme. The flowers and the rest of the decor were a mix of cream and blush that gave a chic, yet dreamy feel.

Even the skies decided to get in on the theme. During the reception, the sun set over the water. As faded away, the gray that covered the skies lifted and was replaced with soft shades of blue, pink, and orange. It looked as though it had been painted with watercolors and was simply breathtaking.

Once the night had officially fallen, it was time for dancing and, of course, cake! Cakes by Rachel created a beautiful cake with four flavors—yes FOUR flavors. That’s four times the deliciousness! There was a layer of caramel toffee, red velvet, chocolate with ganache, and vanilla with strawberries. This trend of having more than one flavor is so much fun because there is something for everyone and who doesn’t love having a bunch of cakes to try?

When the party was over, Robin and Patrick’s guests sent them off in a sea of sparklers to their Italian honeymoon and on to their new adventures as husband and wife.